Welcome to The North Inn 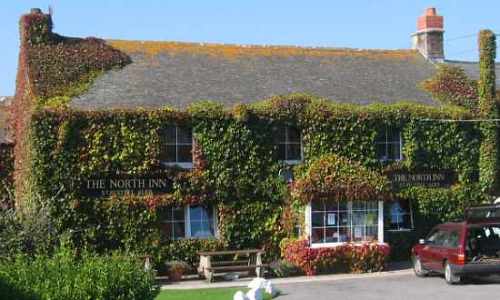 This is very much Poldark country and John, the landlord, will be appearing as an extra in the forthcoming series.

The North Inn was a favourite haunt of tin miners until the local mine closed in 1990.
The pub was awarded a Certificate of Excellence in 2013 by TripAdvisor in recognition of the fact that it ranks in the top 10% in the world for traveller feedback. TripAdvisor
The pub also achieved the highest food hygiene rating of 5 issued by the Food Standards Agency, Cornwall Council.

Two excellent pétanque pistes have been constructed in the beer garden and affiliated members of the British Pétanque Association are offered a 10% discount off B&B prices.

It was voted CAMRA (Campaign For Real Ale) Cornwall Pub of the Year for 2003, which recognises not only the standard of the beers but also the atmosphere, the mix of clientele, the availability of food and even the condition of the toilets.

WiFi is available (incl. in the bedrooms) and also BT Sport on the pub TV.